The Power of Networks

The word "networking" has come to have a negative connotation. It conjures up images of awkward and superficial business card exchanges.
But humans are inherently social beings and like many of our animal cousins we naturally form networks. We rely on each other for survival and have done so since time immemorial. It should be no surprise then that the hidden power of our networks can help us to live longer, healthier, and more enriched lives.

The Principle of Super Connecters.
The 6 Degrees of Kevin Bacon is the theory that any Hollywood actor can be connected to Kevin Bacon in 6 or less connections.

This theory was derived from a great social psychology experiment conducted by Stanley Milgram in the last century that looked at social networks long before the advent of Facebook or Twitter. He investigated the probability that two randomly selected people in the country would know each other and found that there were a number of people who were super connectors. The experiment was fascinating!

In the real world, these are people such as the president of the PTA, the consummate volunteer, or that friend who seems to know everyone. We rely on these super connecters to enrich our lives. They make up the  very fabric of our communities.

The Blue Zones Project. Socially well-connected people live longer and more fulfilling lives.. When you study populations of people who live the longest (such as Sardinia or Okinawa) there is a common thread that weaves through each. Community and social ties are an important part of their culture. Our social ties act as a linchpin to our overall well-being.

For more information on the comprehensive study on these super healthy populations, check out The Blue Zones Book or visit www.bluezones.com. 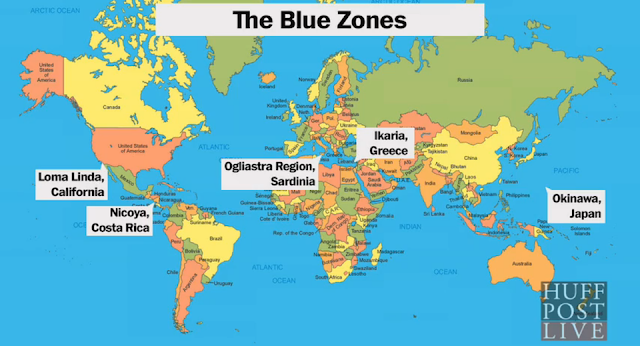 The Strength of Weak Ties. I was early to the party on Facebook when I joined back in 2005. I quickly left because I was the only one I knew on there. It took me another 4 years to come back once it seemed like everyone I knew was using it.
So, what's the point? I finally came to my senses and rejoined due to "the strength of weak ties.
People outside our close circle of friends or family often have access to ideas, information, and resources that aren't immediately available to us. By exposing myself to a wider circle of people, I am able to expand my own horizons.
There are some downsides to using it. For example, it can be a time suck and privacy concerns are legitimate. Facebook is doing god knows what with all our data.
I endure reading about my acquaintances' money troubles or seeing photos of their dinners even though I haven't seen them in 20 years. The reason why I endure this is because every once in awhile I'll learn something new or they will share a positive story or a differing perspective on something. Variety is important and my "weak ties" are an integral part of my network. 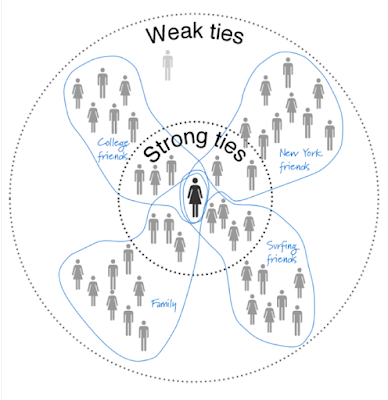 I'm interested to learn how networks have helped contribute to your health and well-being.