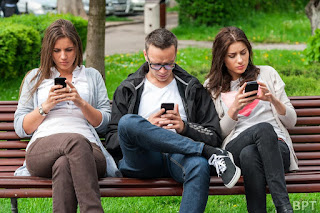 We all love our technology but unfortunately it is killing us. Our society is becoming less socially engaged than ever before. The problem is especially critical in children and adolescents and there is no end in sight. An increasing number of young people are suffering from nomophobia, which is characterized by a fear or general anxiety of being without one's phone. 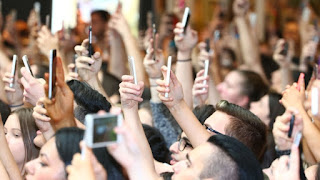 I am the last person who should be writing anything about refraining from technology. I am still in the throes of this screen addiction much like many people my age. I wish that I could write this post about how I beat it and how you can do the same but that is not the case. Sadly, I picked up my phone in bed last night to edit it this and the sad irony became immediately apparent.


My greatest success with a digital detox came two years ago. I made the difficult decision to turn my phone off during our family vacation. I gave my wife's number to work and left explicit instructions to call only in the event of an emergency. I even took it one step further and didn't watch TV for the entire week. At first, it was hard then it became easier. I basked in human interaction during the day and enjoyed the company of a good book in the evenings to the soft glow of an iPhone. 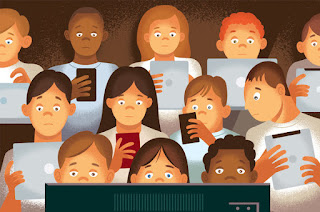 When I ditched that albatross for the week, life became simpler. I breathed deeper and was more present than ever. The compulsion to "check my phone" dissipated and the world slowed down for me just as it should on vacation. The hardest parts were not being able to take as many photos and that I didn't realize how many times every day I was googling.

I found that social media addiction is a real thing and dangerous to our collective wellbeing. The dread of missing something looms large for the first few days but does get better over time.

Some brilliant business leaders have inspired me to take more frequent breaks from my screens.
Bill Gates talked about how he would take "Think Weeks" to catch up on reading and think deeply about the future of Microsoft. These weeks were sacred times where he caught up on reading and spent a lot of time in reflection unplugged from the rest of the world. The insights that he gained from this perspective were invaluable as he led Microsoft.

Jeff Bezos prefers executive memos and eschews Powerpoint during meetings. This was surprising to me when I first learned it. Bezos is a man who has built a machine (Amazon) that uses technology to operate his empire with mind-boggling scale and efficiency. However, behind closed doors he values the face to face interaction that is so important to human affairs.

This Ultimate Guide to Unplugging Infographic has a few clever ideas on how to curb your use of technology.

On the other end of the spectrum are some extreme examples of unplugging. Some people have become so fed up with our constant exposure to technology that they withdrawal from it entirely and go "off the grid."


Please share any strategies or resources that you have successfully used to curb your use of technology. Thanks for reading this post. I hope it has nudged you to go outside for a walk and leave your phone at home.

Joseph Vijay said…
Much obliged for sharing this brilliant substance. its extremely fascinating. Numerous web journals I see these days don't actually give whatever pulls in others however the manner in which you have plainly clarified everything it's truly awesome. There are loads of posts But your method of Writing is so Good and Knowledgeable. continue to post such helpful data and view my site too...
paper airplane | Origami paper plane | boomerang plane | eagle paper airplane | paper airplane for distance | Science of paper airplanes
May 2, 2021 at 1:53 PM

Anonymous said…
The weight and dimension of the coin could be accepted by the machine and credit could be granted. However, the spin created by the plastic wire would cause the coin to exit via the reject chute into the payout tray. This explicit rip-off has become obsolete because of of} improvements in newer slot machines. Another obsolete technique of defeating slot machines was to make use of a lightweight source to confuse the optical sensor used to rely cash throughout payout. A slot machine's theoretical payout share is about at 카지노사이트 the factory when the software program is written.
December 6, 2022 at 9:54 AM