What I Learned Running 100 Miles in 1 Day 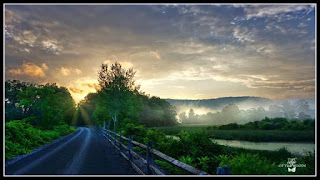 Last Fall, I ran 100 miles in a day. I didn't sleep for nearly 40 hours and sat down barely 15 minutes in 27 hours.
After some reflection, I have recounted what I've learned from the themes that have emerged.
From time to time, I can be prideful and value my ability to take on too much then figure out how to get it done. But in reality great feats are never a solo effort. From the friends and family who supported my training to the volunteers who worked tirelessly around the clock for us, these endeavors take a village.
Gratitude. I once saw the great NFL football player (and sometimes philosopher) Terry Bradshaw being interviewed about his life. He said that he

never did anything worthwhile in his life that didn't require him to turn around and say thank you to someone else. We like to give credit to great men and women but in actuality their efforts are usually the culmination of the work of many others behind the scenes.
Teamwork works. In the case of an ultramarathon where there is a lot of intentional self-inflicted pain, misery sure loves company.
There is something mystical about suffering with other people that brings you closer to them. Have you ever watched the Tour de France? The reason why the peloton is able to move so quickly and efficiently is because all the riders work as a single unit regardless of team affiliation. Besides the aerodynamic benefit of the formation there are other psychological forces at play.  Social facilitation, first scientifically observed in 1898, is the powerful psychological phenomena that the riders gain from one another just by riding closely together. It is ironic that we see professional cyclists still collaborating to the betterment of the group.
When I think of some of the great things down through history that would not have happened without the collaboration and coordination of many people it is quite astounding. From the drafting of the declaration and constitution to the building of the pyramids and the Allied war effort in WWII, the scale of what humans are capable of is truly amazing! Civilization itself is dependent upon people working together toward the common good.
Scary Dreams. Our dreams and hopes should scare us. That's where growth happens. The unknown of jumping into the abyss is simultaneously terrifying and exhilarating. I think many Type A people struggle with this because the outcome is ambiguous and letting go of the reins is downright scary. During my training, I often sat in bed at night and imagined every aspect of the race. I ran it in my head several times before the actual race.
Ignorance is bliss! Sometimes not knowing is a good thing. Being naive can pay off. If you knew it was going to hurt this much then you might have never started. Paralysis by analysis stops us dead in our tracks and saps productivity in many areas of life. Had I known just how much this was going to hurt then I might have never attempted it!
The mind is amazing! I dont know my limits. The limit of what I'm capable of is only bound by my imagination. In short, I'm the only one who can set these limitations... And I don't need to listen! In the course of an ultramarathon, there are so many ups and downs. You can go from exhilaration to agony to depression in a matter of minutes. Throw in some low blood sugar and sleep deprivation and it is like an emotional roller coaster ride.
For a detailed race report of my 100 mile run, see my full race report.