How (And Why) I Memorized the Declaration of Independence 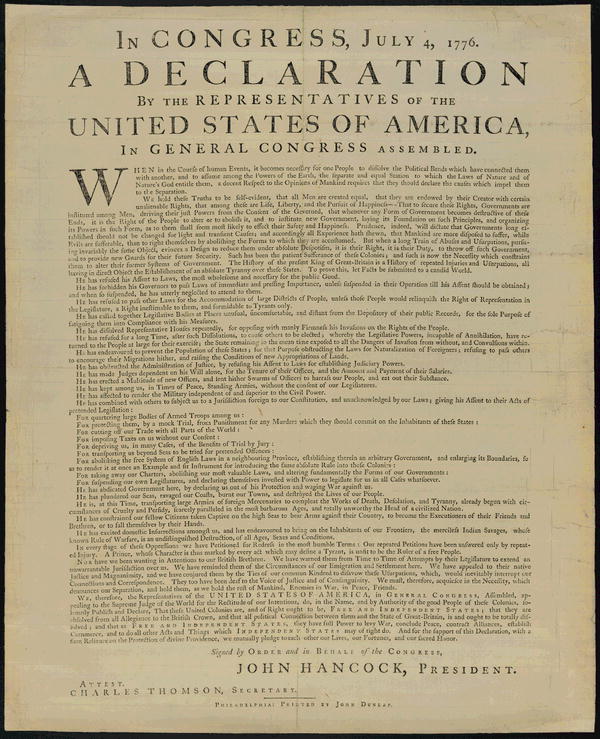 The Declaration of Independence is 1458 words of beautiful prose which effectively started America as a nation. A few years ago, I set out to improve my memory. . .I'm used to challenging myself physically but wanted to try more of a mental challenge which would stretch my limits. Before we had the internet, ancient people were able to recite voluminous texts and hand down epic stories such as The Iliad and The Odyssey. They could recount and pass down tales by word of mouth even before the written word. If they could do it then why can't I?

My sophomore English teacher made us memorize Shakespeare's soliloquies and sonnets and I found that two decades later I could still summon them from the recesses of my brain. After some research on mnemonics and memory palaces, I started to build a list of things which I might want to commit to memory.

I love history and wanted a greater challenge. That's when I decided that I would commit the Declaration to memory. Between Thomas Jefferson drafting it and Ben Franklin (my hero) editing it, this would be a cool accomplishment. It also helped me to understand the DNA of America. Most people can recite or at least recognize parts of the preamble but don't know much else about the document.

1. I'm a visual learner. I can hear something 1000 times and not remember but see it once and it sticks. By combining  inputs, we are more likely to learn. Instead of simply reading or listening to it, I did both. After trying out many samples, I settled on a YouTube video of JFK reading it with the text scrolling. I listened in the car and while shaving for a few weeks.

2. The document has a rhythm and flow that can be broken into smaller parts. Memorize the parts, deconstruct, then put back together. By remembering the first word or two of a sentence then the rest flows easily. (From Wikipedia: The Declaration is not divided into formal sections; but it is often discussed as consisting of five parts: Introduction, the Preamble, the Indictment of George III, the Denunciation of the British people, and the Conclusion.[79])

3. Patterns. Jefferson followed a somewhat steady pattern to list the grievances against the King of England. He was a masterful writer.

5. Language. Some of the words used aren't that common anymore. It forced me to head to Websters to look up words like consanguinity. (Its usage peaked in the 1790's and has fallen ever since.)

So why go to all this trouble? It was fun, educational, and challenging. I am a lifelong Philadelphian and proud of the document. Memorizing it has made me feel even more patriotic!

I'm saving The Constitution for retirement when I have more time. It has 4543 words! (7591 including the amendments)

Check out Joshua Foer's TED talk to learn how a memory champion does it.

I'm interested to hear about any memory tips that you have used or challenges that you may have tried!
Email Post
Labels: history improvement memory

o69heo92wx said…
These totally different raw supplies are totally mixed in a big “hopper,” at which level they can be fed into the extrusion apparatus and layered into the right shapes and patterns. There have also been instances of properties 3D printed from totally biodegradable supplies, including Shower Caps mud, soil, straw, and rice husks. 3D printing ensures construction supplies are used exactly; is not a|there is not any} waste, because the printer can exactly administer building supplies based on the blueprint.
January 27, 2023 at 3:21 PM